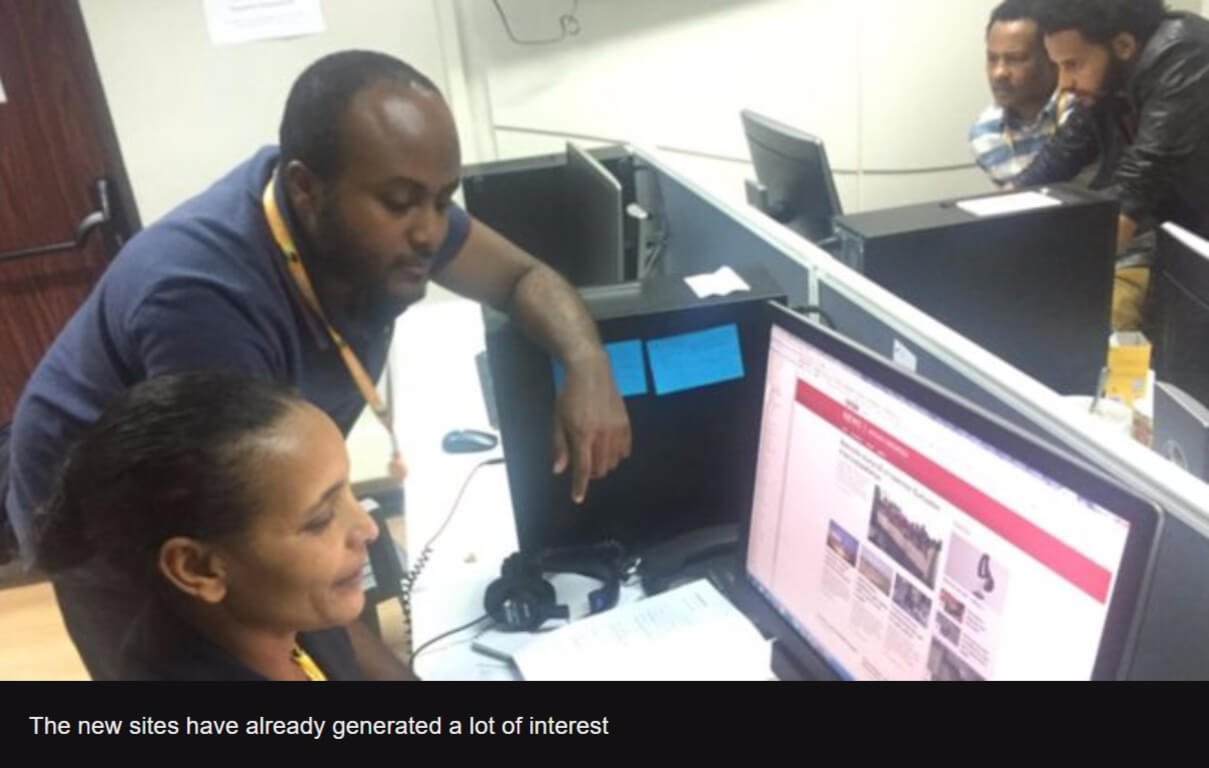 The sites would be a “source of truth” in a region with limited independent media, said BBC editor Will Ross.

The Amharic, Afaan Oromo and Tigrinya sites’ launch will be followed in a few months by the launch of radio programmes in the three languages.

The UK government announced a funding boost for the World Service in 2015.

It paved the way for the expansion drive in Africa and Asia.

“We know that there is a great deal of hunger for audiences in Ethiopia and Eritrea to access a broad range of high quality content in Amharic, Afaan Oromo and Tigrinya,” said Ross, head of the new services. Read more…