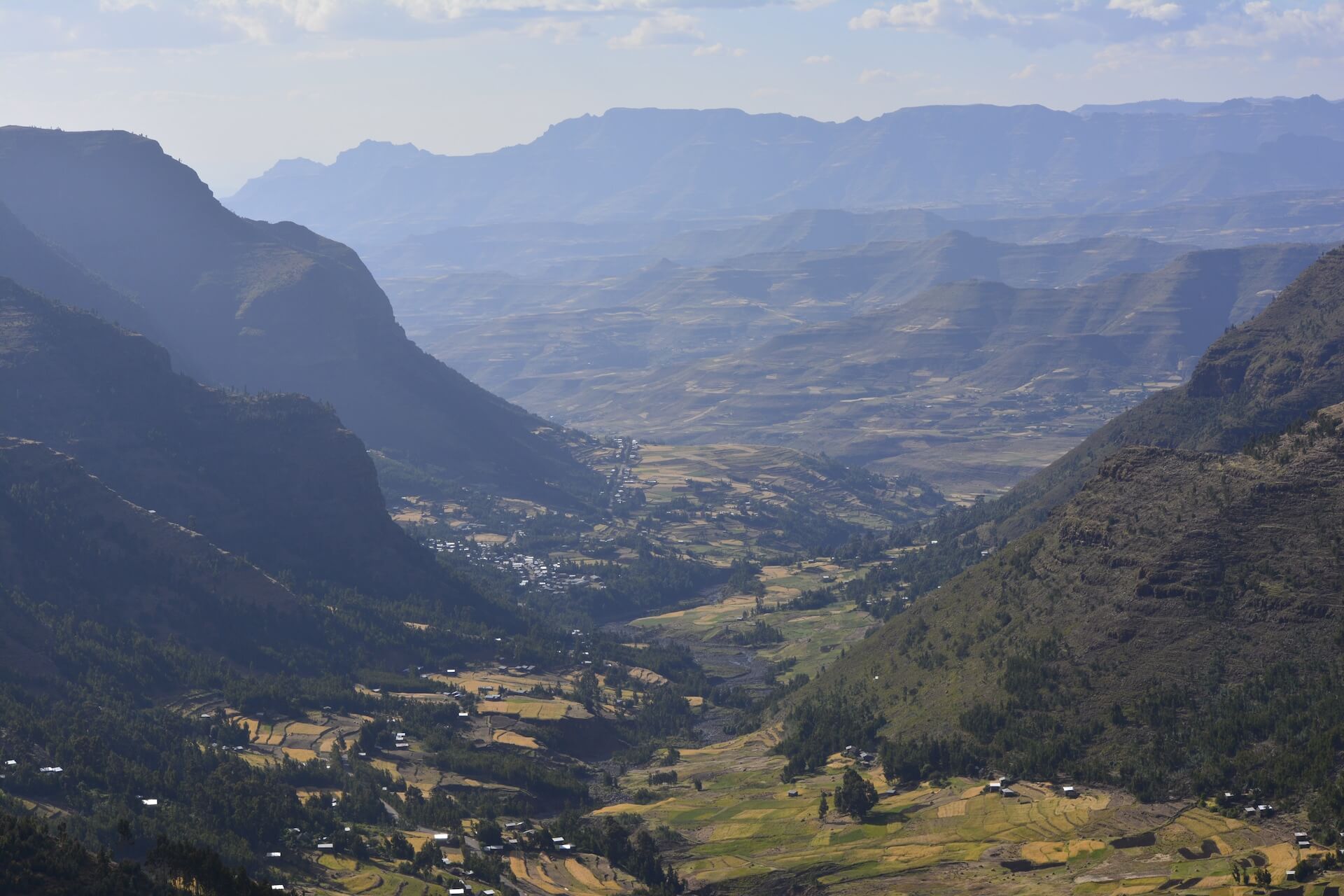 We were told only to expect a walk. A walk, and perhaps a church at the end of it. As a plan it sounded comfortable enough; as a plan it sounded much like a Sunday in Hampshire. So you can understand my concern when I saw the man holding a carrier bag full of old rope.

‘It’s for the difficult part,’ he said, tramping towards a rock face. The bag swung gaily back and forth in his hand, as if delighted just to be out. I peered inside and saw what looked like Medusa’s wig. ‘Just for safety.’

It was shortly after dawn in the Gheralta Mountains in Tigray, the northernmost region of Ethiopia. A dry, blunt environment comprised mostly of sandstone and shrubbery, millennia of erosion (once it was ocean, as witnessed by the fossilised sea urchins found under our lodge) has left a landscape somewhere between the Mojave Desert and the surface of Mars.

Even the acacias, which look like drunk umbrellas at the best of times, appeared exhausted. In every direction, baked plateaus loll, until they’re blocked by hulking walls of rock tall enough to obscure the midday sun. Beside them are the occasional breakaway solo acts: knobbly, marmalade-coloured spires surging to the heavens like ET’s gnarled fingers. As we trundled in single file on a vague, uphill path, it became apparent that we were heading directly towards one of these. Directly to the top of one of these. Read more