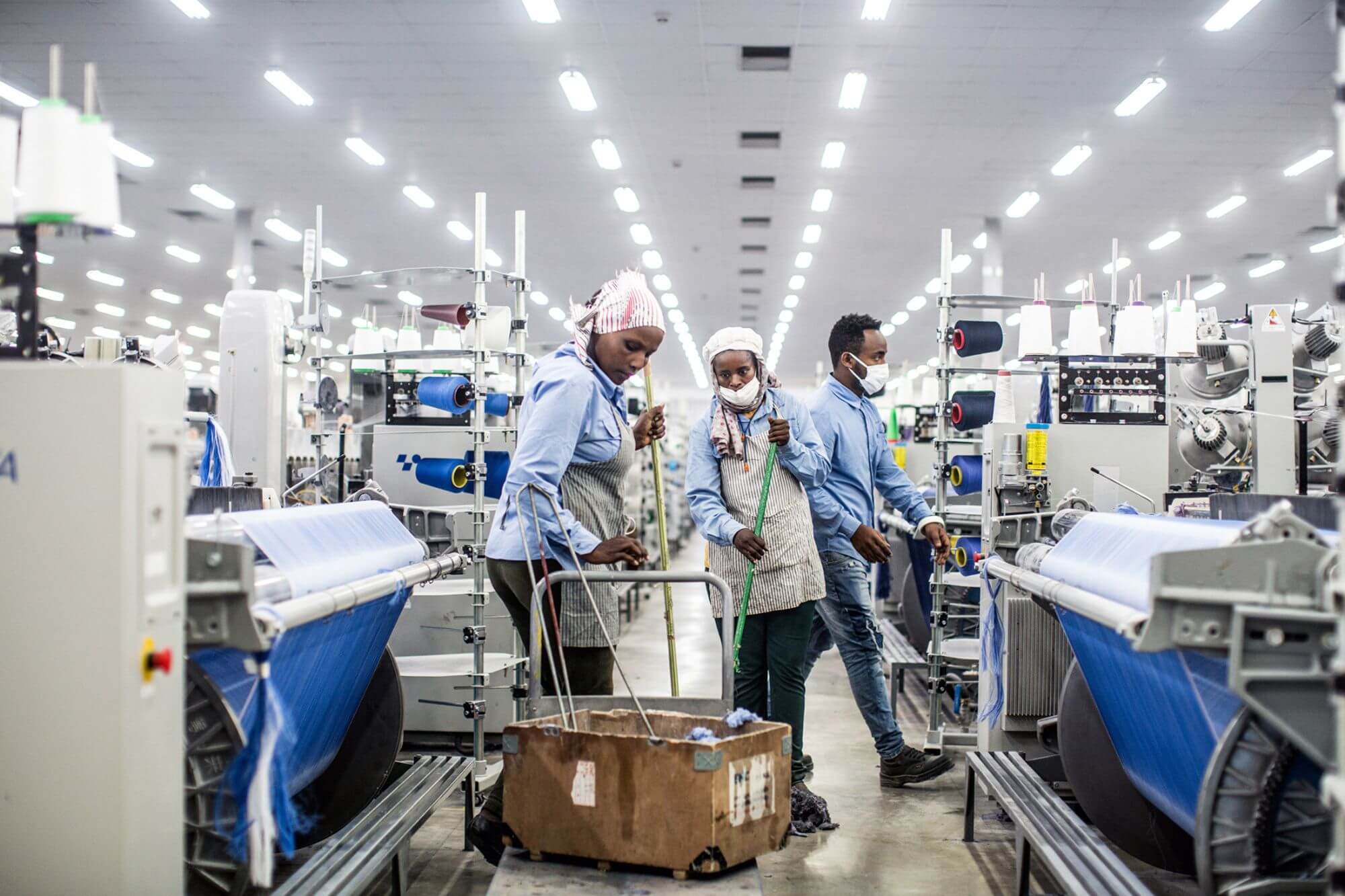 The project is Beijing’s big experiment in outsourcing, and a $10 billion shot in the arm for the African nation—if there isn’t a civil war first.

Standing in a sunny office in Indochine International’s brand-new factory, Raghav Pattar, vice president of this Chinese apparel manufacturer, is ebullient. It’s November, barely six months since the Hawassa Industrial Park opened, and already he has 1,400 locals at work. Pattar is shooting to employ 20,000 Ethiopians by 2019. “Twenty-four months ago, the land we’re sitting on was farm fields,” he says. “What country can change in 24 months? That is Ethiopia!”

Pattar is a bright-eyed émigré from India, with apparel experience in Bangladesh and Egypt. He keeps his pens neatly clipped in the pocket of his blue button-down oxford, and right now he’s gazing out the window toward the factory floor, where scores of women are sewing seams, stamping logos, and pressing out wrinkles for Warner’s underpants, a brand sold mainly at Walmart. “The government is very committed to us,” he says. “They had workers here 24 hours, day and night, to build this place. And there is no corruption. None!” Read more…