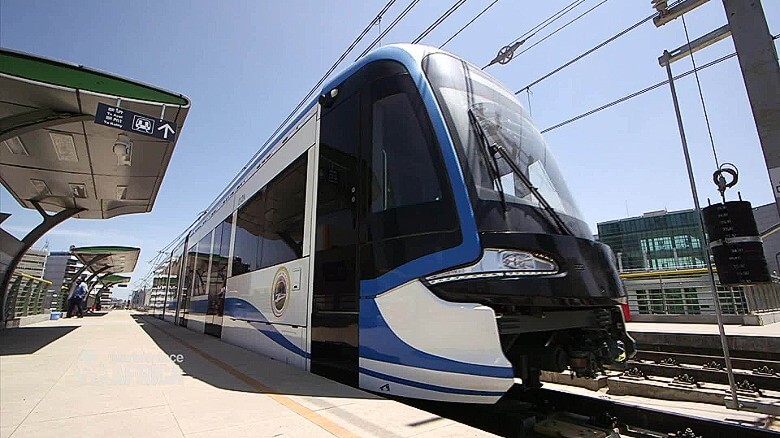 Watch the video below to find out more

(CNN)Commuters in Addis Ababa, the booming capital of Ethiopia, now have an option to rise above the notoriously congested streets of the city with the opening of a new metro — the first of its kind in Sub-Saharan Africa.
Ato Workeneh Gebeyehu, the country’s Minister of Transport, says that each day, more than 60,000 people use the north-south and east-west lines that form the first phase of the project; when completed, the railway should carry 100,000 people per day.

Gebeyehu says that the project is focused on providing an affordable solution for the country’s low income workers.

“When the government thought of constructing this, it was for low income people, the people who are using the minibuses,” he explains.

“The majority of the users who move from the city, travel from here to there, people who are working in the factories, government offices and so on and so forth… most of them cannot afford expensive transportation.”

Getachew Betru, the CEO of the Ethiopian Railways Corporation, says that the plan is not to make money, but to provide a service to the city to enable its growth.

“The light rail is not a commercial business, it is a social infrastructure. Economically it’s not very expensive, the longest you go you pay nothing more than 30¢. It is reliable, you can time yourself to go anywhere you want to go. So the convenient effect will give an added value to the city of Addis,” he says.

Many of Addis Ababa’s inhabitants rely on ‘taxis’ — actually minibus services that make short journeys around the city. Betru says that the light rail will not compete with these small businesses, but will be complementary, offering a cheaper way to cover large distances, and allowing travelers to link up with minibuses at metro stations.

“The train will not solve all transportation issues; its users are mostly long distance travelers. People use taxis firstly because it’s cheap, secondly because they stop frequently between small distances,” he says. “In Addis Ababa there’s a population of four million people of which 3.5 million are minibus taxi users. The train is expected to transport around 1.5 million people. We taxi drivers will probably transport the rest.”