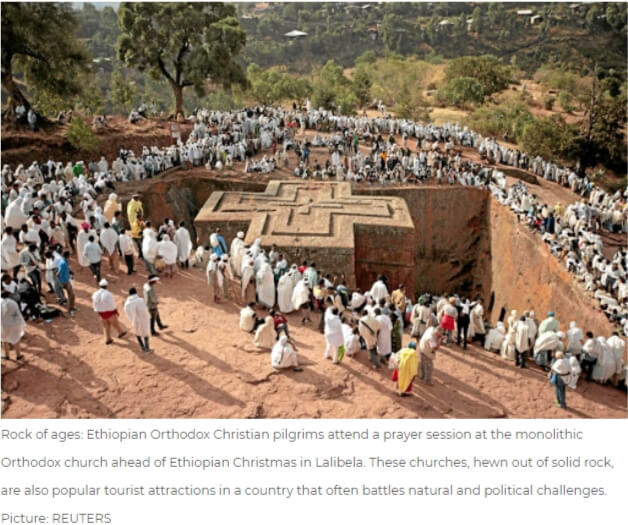 The old man’s face was beautiful, although it was etched with deep furrows — no doubt the result of having lived through droughts, famines and 17 years of a brutal and paranoid communist government that has slaughtered half a million of his countrymen.

He was begging at the window of the minibus in which I was travelling. Ethiopia is full of faces that tell amazing stories.

For many visitors, a highlight is the ancient rock churches of Lalibela — 11 churches hewn out of solid stone.

But for me it’s encounters with the living that will linger — like young Ebabi Getnet, who walked with me through Lalibela’s dusty, unpaved roads and told me he had been training to be an engineer until his sister died in childbirth.

When one neighbour and then another also died during pregnancy, he decided to train as a midwife instead. More…