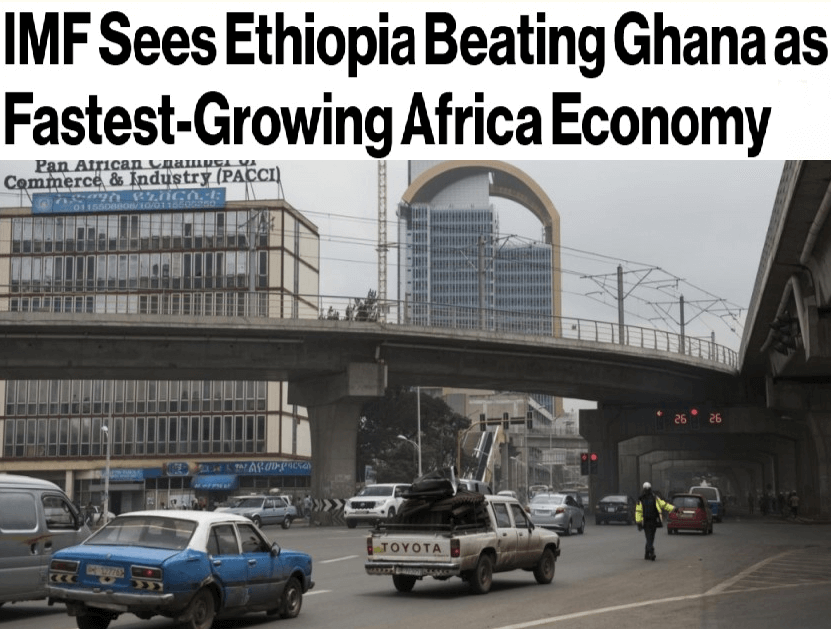 →     East African economy has held position for most of past decade

Ghana has lost its mantle as the African economy likely to grow the quickest this year to Ethiopia, which has held the position for most of the past decade, International Monetary Fund data showed.

West Africa’s second-biggest economy should expand 6.3 percent this year, the IMF said in its World Economic Outlook released Tuesday. That’s lower than the 8.9 percent forecast in October, and is also less than the raised 7.4 percent estimate for Ivory Coast and the prediction for Ethiopia, which was held at 8.5 percent.