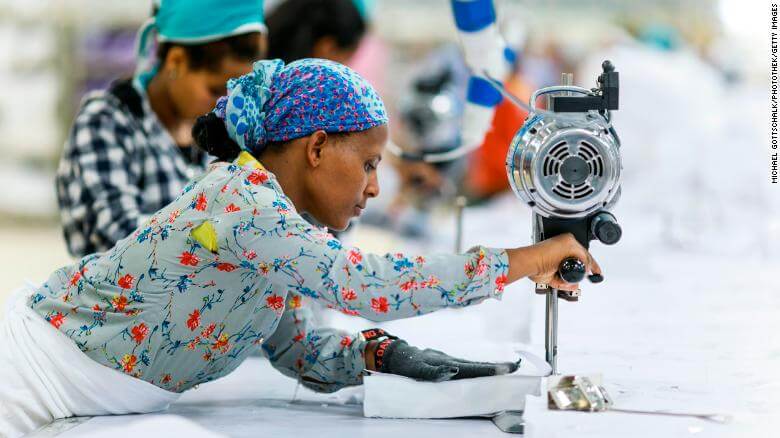 (CNN) With a range of economic incentives like the freshly built industrial parks for garment manufacturing, Ethiopia has positioned itself to become one of the world’s top exporters of textile and garments.

The East African country over the past years has opened doors for international apparel brands like H&M, Calvin Klein and Tommy Hilfiger to set up factories for producing low-cost garments in its industrial parks.
It even plans to boost its clothing exports to a total of $30 billion a year from its current $145 million.
But a report by the New York Stern Center for Business and Human Rights shows that despite the growth in the garment market, Ethiopian garment factory workers are, on average, the lowest paid in the world. Read more